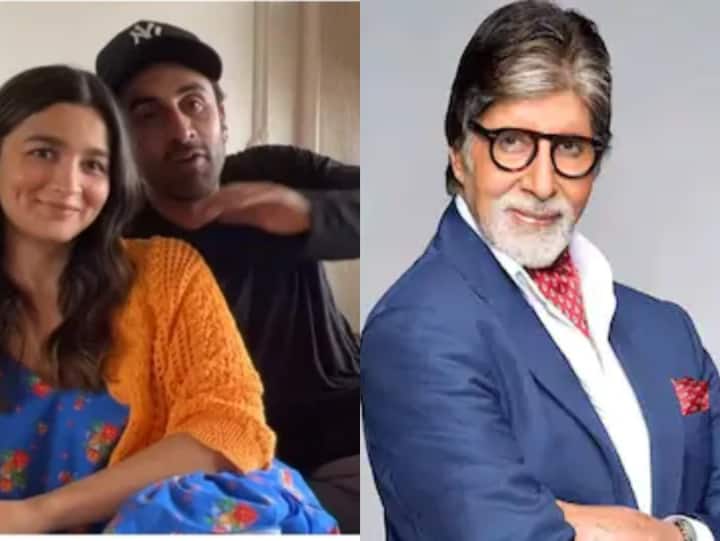 Ranbir Kapoor Compare Alia To Amitabh Bachchan: Ranbir Kapoor and Alia Bhatt are going to be seen together for the first time in the film Brahmastra. The fans of this film are eagerly waiting. On Sunday, the first song of this film Kesaria has been released. This song has rocked social media as soon as it is released. Alia and Brahmastra director Ayan Mukerji did Instagram live before the launch of the song. In which he was joined by Ranbir Kapoor. In Insta Live, Ranbir revealed how he was impressed by Alia’s acting skills after watching Highway and compared her to Amitabh Bachchan.

Alia made her Bollywood debut with the film Student of the Year and made her fans crazy with her second film Highway. Along with the fans of Alia’s acting, Ranbir Kapoor also had a magic. Ranbir was asked by a fan on Instagram Live how was his experience working with Ayaan and Alia. Ranbir praised Alia a lot, after which she started blushing.

Amitabh Bachchan Compares
Ranbir said- ‘When I saw the highway, I came to Ayan’s house. I was such that it turned out to be Amitabh Bachchan, that too in the same film, but if I say such good things about my wife, I will say yes.

Talking about Brahmastra, this is the first part of the mythological film. This film is going to release in theaters on 9 September. Amitabh Bachchan, Mouni Roy, Nagarjuna are also going to be seen in Brahmastra along with Ranbir-Alia. This film will be released in Hindi, Tamil, Telugu, Malayalam and Kannada.

Ratan Raajputh broke his silence on the news of leaving acting, said such a thing that you will also be surprised to hear!