Many videos of this winning moment are being seen on social media. Seeing this look of happiness on the faces of Starcast, only and only RRR is being discussed on social media. Many Bollywood celebs have expressed their happiness over the success of this song. Some have expressed their happiness by commenting on Ramcharan’s post, while some have congratulated him by posting a special post on his success. Commenting on Ram Charan’s post, Kiara Advani has expressed her happiness by making an emoji.

Huma Qureshi tweeted on Twitter and wrote – And it begins…. #natunatu..

Anushka Shetty makes a collage of Starcast’s photo and shares it, writes – I am feeling very happy and proud…

Naatu Naatu won #GoldenGlobes 👏Words fall short so so so so happy and proud😊🙏🏻🧿 All hearts and joy #keeravani garu, @ssrajamouli garu, @tarak9999 ,@AlwaysRamCharan , @DOPSenthilKumar & every single one of you…congratulations to whole @RRRMovie team pic.twitter.com/no0BI3sp1t


Alia Bhatt has shown her excitement by sharing heart emoji in her story. 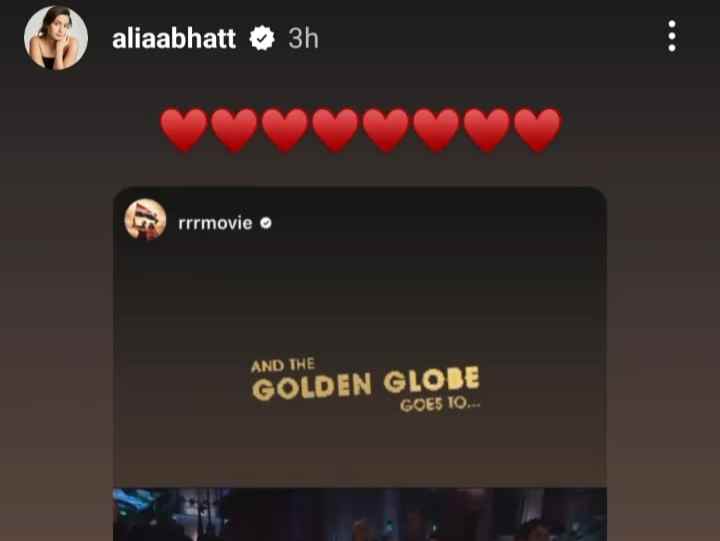 Also read- Urfi Javed takes care of Islam, your feelings may get hurt after reading the news!